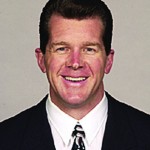 Ted Sundquist was educated at the U.S. Air Force Academy. He played and coached football for the Academy, served as a flight commander in Germany, and went on to become General Manager of the Denver Broncos. In other words, Sundquist has spent his entire adult life building powerful, effective teams that get things done.

In his book, Taking Your Team to the Top, he describes the fundamentals you need to unlock individuals’ abilities and talents while adding to team synergy to accomplish any business objective, in any business–large or small.

Join us for this special EPIIC Nights presentation with Ted Sundquist, you’ll learn how to accurately evaluate new hires from enormous talent pools, quickly implement them into your organization’s existing team culture, and create a dedicated mission statement to maximize team success.

Don’t miss this powerful EPIIC Nights speaker and the opportunity network with other professionals in Colorado Springs. RSVP is required to attend. Register Today!

On Wednesday, October 12th, 2022 the Colorado Springs Venture Attractor hosted the first-ever Spark the Springs celebration! A celebration of entrepreneurship in Colorado Springs. Sponsored by our friends at All Pro Capital with beverages sponsored Read more…

In mid-August, The Garage at UCCS hosted a delegation of economic and entrepreneurship development professionals from around the world – 11 leaders from 11 different countries. This delegation was a part of a State Department Read more…