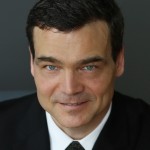 Can Innovation Survive Success? Sustaining the Individual Spark of Innovation.

Drawing from his look at American history, author T.J. Stiles will discuss how innovation most often comes from individuals who challenge conventional wisdom—and how the large companies arising from successful innovation tend to squash those iconoclastic voices. Often the most important innovations are not technological, but organizational or conceptual. It’s easy for a successful company to adopt a new gadget, but much harder to accept that its entire approach or organization may be wrong. He will also illustrate the talk with episodes from the lives of Cornelius Vanderbilt, Andrew Carnegie, and even George Armstrong Custer, as well as the early railroad, shipping, and telecom industries.

About T.J. Stiles T.J. Stiles has been recognized internationally as a leading writer and thinker about the making of the modern United States. He received the Pulitzer Prize and the National Book Award for his most recent book, The First Tycoon: The Epic Life of Cornelius Vanderbilt. His first biography, Jesse James: Last Rebel of the Civil War, was reviewed on the cover of the New York Times Book Review and was honored with the Ambassador Book Award and the Peter Seaborg Award for Civil War Scholarship. He was a 2011 fellow of the John Simon Guggenheim Foundation, 2004 Gilder Lehrman Fellow in American History at the Dorothy and Lewis B. Cullman Center for Scholars and Writers at the New York Public Library, sits on the board of directors of the Authors Guild, and is an elected member of the Society of American Historians. In 2014 he served on the faculty of the World Economic Forum at its annual meetings in Davos, Switzerland, and Tianjin, China. He has written for the New York Times, Washington Post, Wall Street Journal, San Francisco Chronicle, Bloomberg, and other publications. His next book, Custer’s Trials: A Life on the Frontier of a New America, will be published by Alfred A. Knopf on November 3.

“The most gratifying feeling is when I’ve created something that other people are willing to buy.” This was the sentiment El Pomar Chair of Business and Entrepreneurship Tom Duening shared at the 2022 launch of Read more…